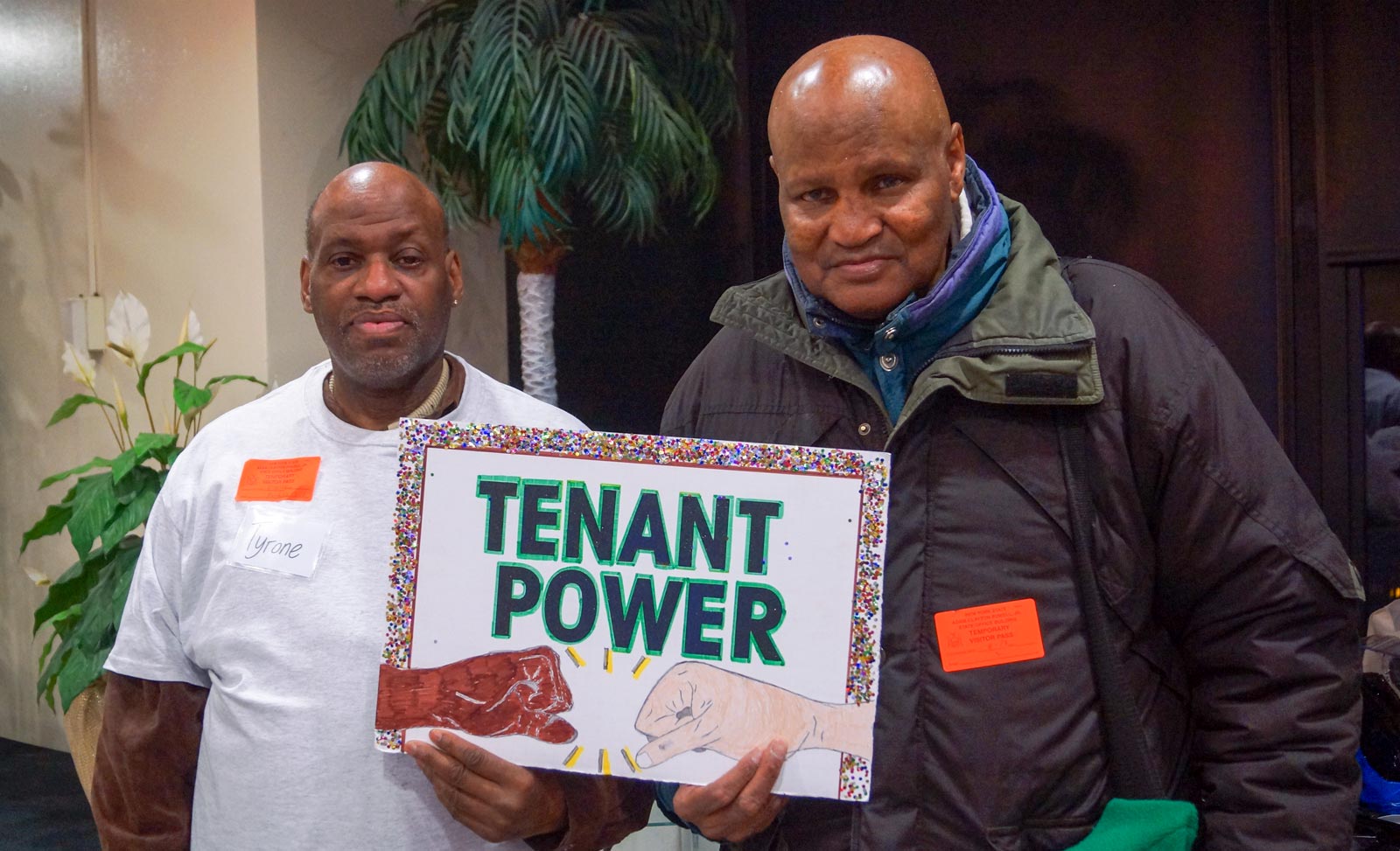 Town hall meetings are crucial events that can engage, educate and mobilize communities around issues. During our campaign, neighborhood-based community organizing groups came together to plan shared agendas, outreach plans, as well as guiding principles like ensuring that the town halls provided food, interpretation services and childcare. So while the neighborhood-based community groups ran town halls in their communities, there was always overarching support and guidance from the coalition.

The tools here are intended to support planning and facilitating public events. Included are:

Faith leaders played an important role in mobilizing communities around anti-displacement and housing equality issues, and leaders from many different faith traditions were an important contingent of the coalition. We conducted outreach to faith leaders and convened an interfaith forum, which reached key constituencies and was a new way to exert public pressure for the passage of Right to Counsel. We’ve included here an agenda for the forum on which you could model your own.

We’re also including a letter that was endorsed by nearly 100 faith leaders from across New York City. The letter came at a really important time in the campaign: we had already done the cost benefit analysis, held a really powerful hearing, garnered lots of media and had the majority of the city council on board, yet we still hadn’t heard anything from the Mayor or the City Council Speaker. Having faith on board called on the Mayor to pass the Right To Council as a moral imperative, which was a really important perspective to add to the campaign. The letter can be tailored to include information and demographics from your city, and does not necessarily need to be from the perspective of faith leaders.

For our town halls, we used short skits developed by tenant leaders and organizers at Community Action for Safe Apartments (CASA), which depict the experiences of tenants arriving at housing court without legal representation. These skits, which were performed by tenant leaders at our town halls, were a way to help the audience visualize the experiences of tenants. Rather than just reading about the issue, or hearing someone talk about it, we helped to show what it really looked and felt like. Performing these skits also added interest and excitement to our meetings. We had printed signs that tenants wore around their necks to depict their roles, but you could use other props like hats, scarves, ties, etc. to make it more dramatic. Writing and performing skits are also great methods to include tenant leaders in new ways!

We’re excited to share our skit script here, which you could adapt for your own coalition’s needs.

This video documents town hall meetings held by the RTCNYC coalition throughout the city. Town hall and community meetings are a powerful way to bring people together to learn about the importance of Right to Counsel, meet and build with one another, engage with elected officials, and ultimately commit to supporting the fight for Right to Counsel. Documenting these meetings and creating a short video such as this one allowed the coalition to create a permanent tool that could demonstrate the degree of community engagement of Right to Counsel and get the word out even more broadly.

A father and daughter video-making team created this video for us for free! Remember to look within your coalition for connections to people with videography skills, so you can approach them to help you document your work and create videos such as this one.

This short report was created by the coalition after we hosted a series of town hall meetings. This report documents the extent of community interest in the meetings, recognizes supportive elected officials, explains the importance of the Right to Counsel, and includes key quotes from the town halls.

Creating documents such as these after public meetings will allow you to extend the reach of your message beyond those who attended the meetings. We also used the report as an outreach and education tool in community meetings, meetings with allies, meetings with electeds, etc., to talk about the coalition, our impact and the importance of Right to Counsel.