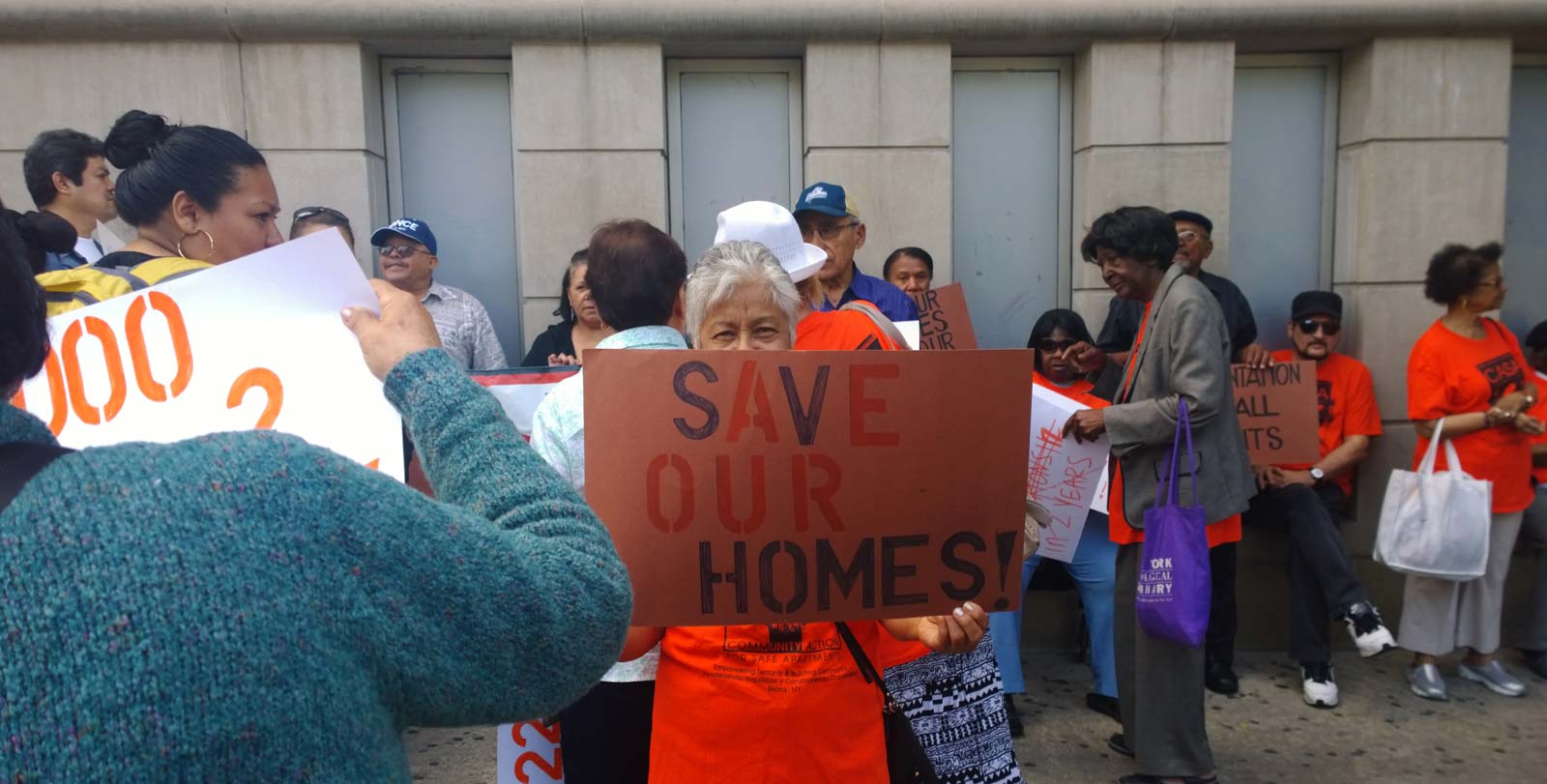 One catalyst in launching our fight for the Right to Counsel stemmed from documenting the degree of intimidation, harassment and confusion in Housing Court, the power inequities between landlords and tenants and the impact this had on tenants, families and communities. We found that grassroots campaigns in the Bronx and Brooklyn shared similar demands of housing court that ultimately led to the formation of the RTCNYC Coalition. The reports on those earlier organizing efforts highlight the work that came before the coalition formed, and we’re excited to share those here with you.

In 2012, before the formation of the coalition, New Settlement Apartments’ Community Action for Safe Apartments (“CASA”), which would later become the anchor organization for the coalition, decided to start a campaign to reform Bronx housing court. CASA partnered with the Community Development Project (“CDP”) to conduct a participatory research project. Organizers and tenants were trained and supported by CDP to lead the research. The report that resulted, Tipping the Scales: A Report of Tenant Experiences in Bronx Housing Court demonstrated how difficult and confusing NYC’s housing courts were to navigate, and the vast injustice between landlords, nearly all of whom had legal representation, and tenants, nearly all of whom did not. The report documented the impacts of this power imbalance, and demonstrated just how disadvantaged unrepresented (pro se) tenants were in going up against landlords and their lawyers.

A 2011 report by Make the Road New York, who was a member of Brooklyn Tenants United, a coalition fighting for reforms to the Brooklyn Housing Court, called Home Court Advantage: How Landlords Are Winning and Tenants Are Losing in Brooklyn Housing Court, similarly demonstrated the injustice in Brooklyn’s housing court system and the disproportionate impact on tenants who were fighting to keep their homes.

These reports, which drew attention and press to the issues faced by tenants in housing court, helped to activate others. The Right to Counsel Coalition formed a year after the release of Tipping the Scales, and took up the fight to address the inequities between tenants and landlords in court. We offer the reports here as examples of ways to identify and document issues. At the end of Tipping the Scales, you can view the survey that was used for the project, and adapt it for use in your own research.

Identifying the issues around housing court was the first step. CASA used “The Problem Tree” activity and had their members come together to identify the root causes of injustice in housing court, and problems and solutions in order to inform how to move forward. This tool is adapted from Tools for Radical Democracy: How to Organize for Power in Your Community by Joan Minieri and Paul Gestos and is used with permission.